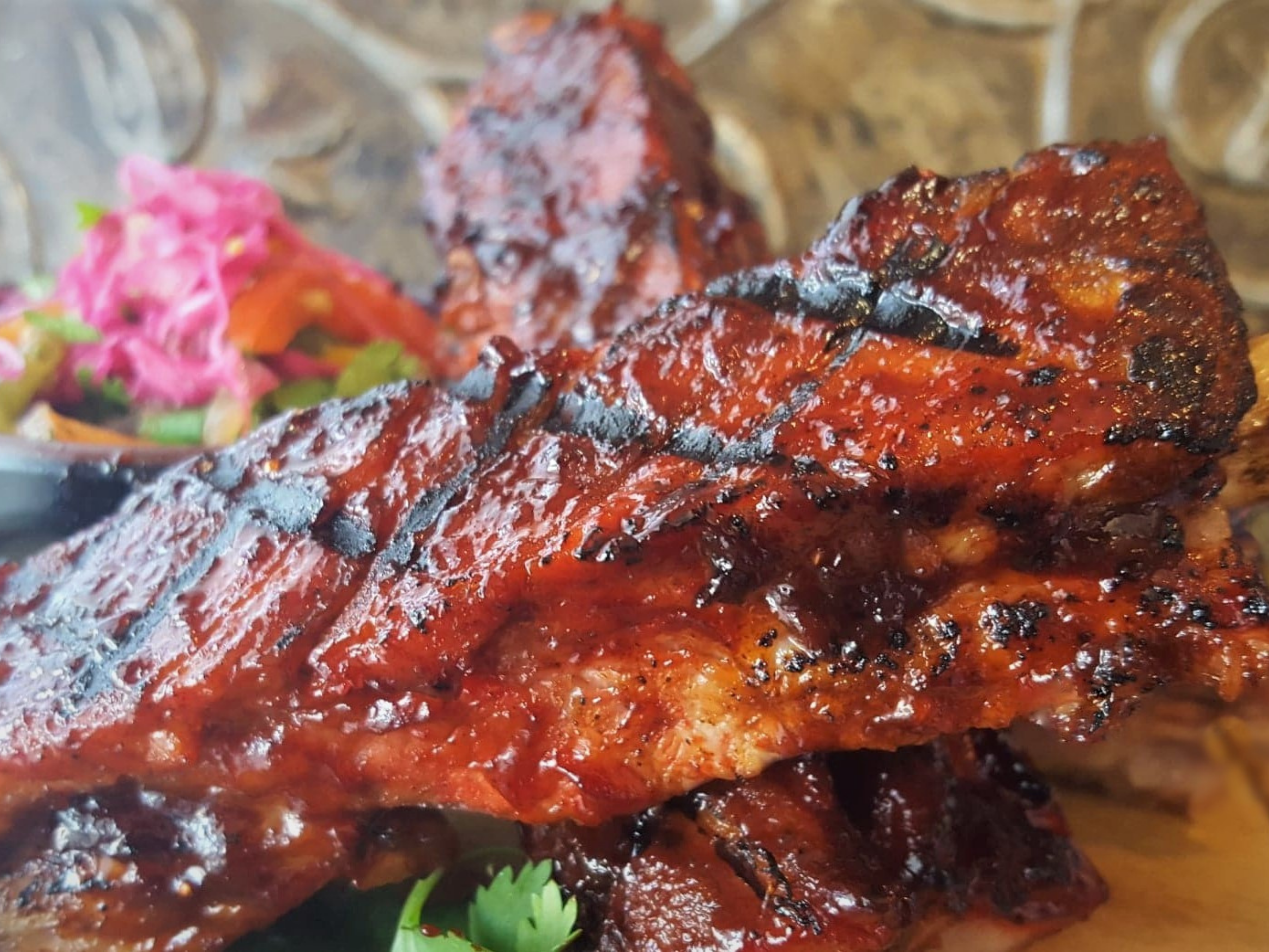 Posted at 18:34h in Recipes by mark 0 Comments
0 Likes
Share

Labor Day will be here soon and many of you will be having people over to grill out and celebrate.  Now if you live in Georgia like me there is no shortage of smokers.  Everyone here has that one friend with a custom pull-behind smoker/grill trailer, just waiting to show it off.  They pull up at 8am, take an hour to get the heat just right and throw 10 racks of ribs on.  Then sit back for the next 5 hours sipping on a few beers while they cook, basting occasionally.  Sounds relaxing, but what if you don’t have that kind of time?  Who wants to settle for the same old burgers and dogs?

This recipe is an easy way to make pretty high quality ribs at home in 2-3 hours.  They take about 15 minutes to get in the oven and you don’t have to tend a grill all day. Let’s get started!

Meat that can be cooked to temperature like sirloin or filet mignon is generally chosen for its ‘marbling’, or the fat that is in the meat.  As it cooks, even for a short period of time the fat melts and the steak becomes tender. But other meats like bottom round or shank are tough and loaded with collagen.  They can’t be cooked to temperature. Ribs, like these other tough meats, have to cook for a long time in a moist environment.  The process breaks down the collagen and the meat starts to fall apart becoming very tender.  This is called braising.  It’s the same thing your mom used to do when she made pot roast in a crock pot.  However, in this case we will be skipping the crock pot and cooking on a pan in the oven covered in foil.

For this recipe I chose a basic rib.  It has 12 full ribs plus the fatty deckle on the back.  It will give you a variety of rib types and this time of year you can buy them at any grocery store in a 2 pack.  But if you like a St. Louis or baby back better, get what you like.  In the end, no matter what you choose, they will be tender and falling off the bone.

The rub is important.  It will be the flavoring throughout the cooking process and give you a base to build on later with a BBQ sauce. I won’t get into it too deeply here, but you can buy all kinds of rib rubs at the store in the spice section.  Some people like to go with just a straight salt and pepper or even a brine.